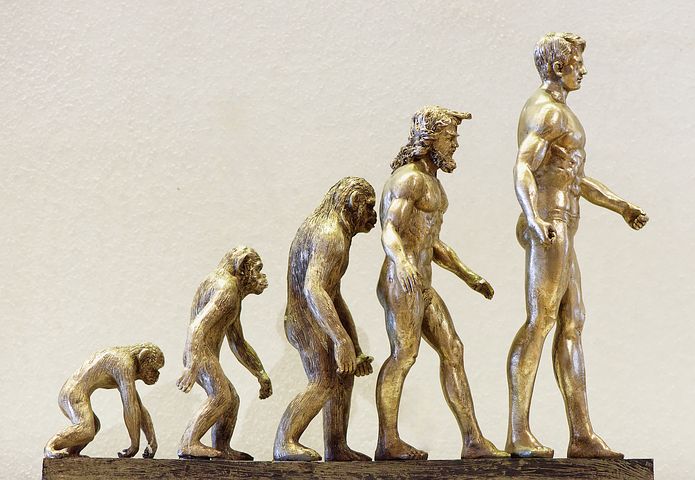 No Comments on An Insight into Darwin’s Theory of EvolutionPosted in Theory By trevorPosted on March 13, 2021April 26, 2021

The idea about the evolution of organisms over time was correctly put forth by Anaximander of Miletus. He was a Greek philosopher who lived in the city of Miletus during the 6th century BC. However, it couldn’t be established as a theory as it lacked a high level of certainty. It was only after Charles Darwin published his book On the Origin of Species that it became a theory.

It takes into account several factors that account for evolution in different species, including humans. The most prominent factors are discussed below:

All species are related and undergo gradual changes over time. The genetic variation in the population of species affect an organism’s physical characteristics. There are several causes of genetic variation, such as genetic recombination and mutation.

Genetic drift and sexual reproduction play an important role in mutation and this makes it a major source of genetic variation. Some of the features acquired in this process may be advantageous for an organism. This passes on to their offspring, making them evolve further.

Individual organisms are different from others in their species in some ways. This variation makes some of them better suited to the environment. Individuals with traits that put them at an advantage over others have greater chances of survival and reproduction. They pass on these traits on to their offspring and they become common in the later populations over time.

This process of living beings adapting and changing is called natural selection. It can lead to speciation, where one form of species give rise to distinctly different ones. Thus, diversity of life on this planet can be explained better with this process.

This concept is used in a sub-field of biology called evolutionary biology. It applies when one species becomes the ancestor later in time of two or more species. In modern biology, the Last Universal Common Ancestor is considered a unique ancestor of all life forms on earth. The last universal ancestor of all the living beings of today lived nearly 3.9 billion years ago.

Darwin first proposed the concept of universal common descent in the concluding part of On the Origin of Species. Common descent is the result of speciation. In this evolutionary process, multiple species descend from a single ancestral population.

This term was coined by Orator F. Cook in the early 20th century. This was done for cladogenesis, which is an evolutionary process of the parent species splitting into two distinct species. Speciation can be classified into four geographic modes, namely allopatric, parapatric, peripatric, and sympatric. This is based on the extent of isolation of the speciating populations.

Agriculture, laboratory experiments and animal husbandry are the other ways of inducing speciation. The extent to which genetic drift contributes to speciation is still a matter of speculation.

The term ‘Gradualism’ is derived from the Latin word ‘gradus’, which means ‘step’. It is a theory, which assumes that variation takes place gradually in nature and happens over time. This was a contrast to the theory of ‘punctuated equilibrium’ by the paleontologists Stephen Jay Gould and Niles Eldredge. Punctuated equilibrium states that large change happens through sudden gene mutations and not gradually.

The best example of gradualism is that of a butterfly. A species of butterfly with the colours yellow and black are visible to predators. A butterfly is born with orange and yellow colours, which predators cannot spot easily. In this case, the butterflies with yellow and black colours die out over a long period of time.

An Insight into Darwin’s Theory of Evolution